Yesterday, after a very problematic start, I was told that Telstra was hacked.. whatever happened we only got the internet back 15 minutes before our zoom teacher training, and some other folk didn’t get theirs back until after class finished! Sorry guys.  However, everyone had such a great time that we have determined to have teacher training every Sunday fortnight at 10am in the morning.  The first to be on Sunday the 16th August.  Be there or be square as they used to say!

LETS TALK ABOUT BIRTH. We talked about yamas and karma yesterday, let’s tackle BIRTH.  Let’s say you were one of two children born from the same set of parents. Let’s say one child is a great artist and the other can’t even write a clear signature.  One is confident, and the other fearful. They have different personality traits, but they have the same eye colour and skin colouring as the parents.  This scenario is repeated over and over millions of times a year across the planet, and no-one thinks it is unusual

Science tells us that when we are born we automatically inherit certain skills from our parents.  OK, I know that is true, but what about the other stuff?  What about the child that is radically  different from his siblings and parents and perhaps becomes a musician (like Mozart).  Where do the positive and negative traits come from that were not exhibited in the parents.  Birth after birth, child after child, we can tell that there is something else happening here.

I believe there is a system.  When we are born we have the following things “gifted” to our DNA. 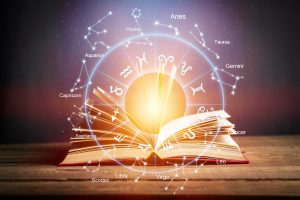 THE HEREDITY OF OUR PARENTS BIOLOGY.  This is the 3D part of the DNA double helix. Hair, skin, and eye colour talents etc.  The parts that carry over from our parents and grandparents.

OUR KARMIC IMPRINT. The unfinished Karmic load we carry from our various lifetimes.  This can be positive or negative. Depression, guilt, fear all can stem from a continuing process started in past lifetimes. The individual works on these for several lifetimes to find peace and self worth within.  This is karmic.  It is information.  It is not chemistry.

ASTROLOGICAL IMPRINT A snapshot of the solar system at the time of birth.  We could have a big discussion about magnetic imprints and inductance, but suffice it to say that this patterns the sun’s quantum imprint into the magnetic grid of the planet which overlays your magnetic DNA, then patterns a portion of your DNA at birth.

THE AKASHIC RECORD . This carries a record of you from when you came to life until your death. It is (as far as I believe) within the DNA and able to be accessed in meditation through the cerebrospinal fluid, which is why we activate this fluid in every one of our restorative yoga classes.

THE SACREDNESS OF GOD.  The so-called “God-Gene”.    Apart from the first item above which is linear and can be observed scientifically, everything else is a multidimensional energy  which science is only now coming around to acknowledge (the 97% of the DNA not yet accessed by science which has referred to it as “junk”).   When we start to think about non-linear, we do not do well.  The linear mind is firmly based in 3D.  Lots of yoga theorists talk about activating our DNA.   When you do this, when by sound or breathing you activate your DNA what is being activated? Answer – whatever the DNA wants to activate.

The real SYSTEM is the energy of you, your culture, your alphabet, your learning and choices made by the people in your culture.  DNA is at the crossroad of God and man.  A mixture of quantum and non-quantum, and it vibrates with the essence of truth in the Universe.  DNA contains the creator energy, your energy – the human transformation energy of all your lifetimes.

HAVE A LOVELY DAY THINKING ABOUT THIS.