PLEASE REMEMBER THAT TEACHER TRAINING IS THIS SUNDAY AT 2PM IN THE STUDIO ($20 per 2 hour session).

FRIDAY 6.30PM: TAROT READINGS AVAILABLE WITH ME.  ZOOM.  For Regular taroistas and teachers the cost is $75
SATURDAY: 2pm deferred because of the Studio Teacher Training on Sunday in Studio
SUNDAY 10am GITA STUDY – Zoom or Studio –this session may be duplicated during the afternoon Teacher Training to enable everyone to come.  TEACHER TRAINING – STUDIO – 2PM Our regular monthly class – a duplication of the morning Gita Study plus Q and A..

ALL ZOOM/STUDIO SESSIONS.  The Gita,  Rumi, Tarot and Studio Sessions are charged on a session basis.  If you have not caught up with payment recently, please go to www.yogabeautiful.com.au and click on PAY VIA PAYPAL in the bottom left hand corner and catch up with your payment please. 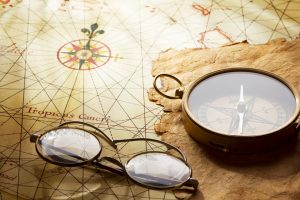 HOW ARE YOU LIVING – ARE YOU THINKING ABOUT “WHAT COMES NEXT”?

We are almost finished THE GITA FOR OUR SECOND READING, AND AS THERE IS ALREADY SOME INTEREST, WHEN  WE FINISH,  WE COULD START STUDYING THE BARO THODOL (The Tibetan Book of the Dead), or we could explore the Bible.

Whilst the Bible seems the lesser choice of the two, The King James version (called “The Book of Books”) has had a very exciting history.  It has always been a “revolutionary document”.  It has caused the death of kings, started wars, propelled explorers, and instigated revolutions, as well as being the most published (and maybe read) book in the world..  I think it would be a good study, especially as we are all familiar with it although we may not consider we are.  Our government and our legal system are both predicated on its teachings for instance.   We could study the history, and then take on the actual work.

Both texts would surprise you.  In studying one alongside the other we could see what chapters in the Bible sit alongside the preparation for Dying (and living) found in the Bardo Thodol.  This should keep our minds suitably engaged at least until the end of the year.

Contrary to the general belief spread in the West by Evans-Wentz, in Tibetan Buddhist practice the Tibetan Book of the Dead is not read to the people who are passing away, but it is rather used during life by those who want to learn to visualize what will come after death in order that they can amend their current life.   It is this aspect that we will be focussing on when we move forward in its study probably in late June after we have concluded the Gita for the second time….

For now, we are concluding the Gita, which we have also read alongside the Bible as Yogananda who wrote a very good translation was a Christian as well as a yogi.  One book does not contradict the other, and most stories can be backed up by archaeology – see the National Geographic specials by Roland Lim currently airing on pay TV..

SEE YOU ON SUNDAY OR ON ZOOM.