We understand that yoga is like a cave, but during our time in COVID isolation we have had the opportunity to take this a step further – our house could have been (or could be) like “a cave”.

Have any of you read “A Cave in the Snow”?  The life story (thus far) of the Buddhist nun Tenzin Palmo who spent twelve years meditating in a tiny cave over 13,000 feet up in the Himalayas.  I am sure that if you had self isolated in this extreme way, cut off from the distractions of ordinary life, all the demons lying beneath the surface would begin to rise up and taunt you.  The anger, the paranoia, the lust (especially the lust).  They all have to be overcome if like her, we wish to take another step towards enlightenment.

Certainly there have been many Saints and women mystics in all parts of the world, but taking that extra step into enlightenment has been the domain of the male.  The female body has been seen as unfit, or unworthy.

Tenzin Palmo’s thirst for knowledge and that “extra step”,  had pushed her way beyond where you or I would ever venture.  I am sure like me, you have examined your reactions to this time locked away for COVID safety, even though it was as nothing compared to her isolation and the dangers she faced if not from thieves, or animals, then from ice and snow… and of course the climate in the Himalayas – remember she was born in England.

Imagine that EVERY DAY you sat on the same cushion in the same place for hours at a time, saying the same mantras, the same prayers, and moving into the same meditations.  Every day the same as the one before. Ultimately it is a test of endurance and courage.  I know how hard most of you work at spending more than half an hour on a cushion – now imagine 12 years….

Tenzin Palmo knew that the purpose of life is to realise our spiritual nature.  And to do that we have to go away and practise, otherwise we have nothing to give to others.

The lives we live in the West for the most part are an escape.  This has been made abundantly clear during Covid.  Even in our self imposed isolation, we can turn on the TV, phone a friend, go out for a walk for an hour, even shop.  If you were in a cave such as the one Tenzin Palmo inhabited (6ftx6ft), a cave where there was no room to lie down 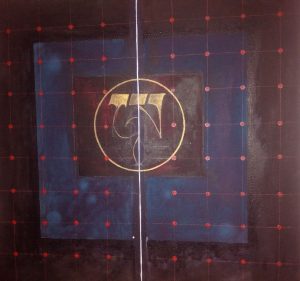 (sleeping happened sitting up in a box which looked like a cupboard drawer), and when problems in meditation or life arose,  like her you would have had no choice but to go through them and come out the other side.  No supermarket, no shopping.  If you didn’t eke out a living from the ground around the cave in all weathers (or hopefully be remembered by villagers), then like her you starved.   She faced her own nature, nothing hidden, no way of running away (except perhaps into madness).

The life of Tenzin Palmo shows us that the impossible is possible.  That it is possible if not in this lifetime then in the next that there could arise a female Buddha.  Tenzin Palmo believes that she was born a woman to have these experiences and inspire other women.  There is still a long way to go.

Instead of chafing at the bit to get back to “normal”, use this time wisely to move your yoga, your meditation, and your life towards a more “Godly” pace.  In this way, everyone will win.