ZOOM: The Gita Study at 10am. Sunday.

I love, love love good movies.  Not violence, not stupid time-wasters, but something that is binge worthy (as they say). A movie that informs.   I have two addictions at the moment.

MIDNITE DINER (Netflix)
A Japanese series about one of those tiny back street diners in Tokyo which we only know as ‘DINER” (I would love to visit), and its fabulous owner “Master” .  We never get to know his name but in series 2 and 3 three there  is the suggestion that there is perhaps a “mistress”.  Certainly a lady who knows how to be treated.  Like the shark in Jaws she is implied by what happens around her, however, you actually get to see her in series 3, but there is still a question mark.

I can’t stop watching and do so every lunch time – as the episodes are only 20 minutes long, it works well. No matter what the occupation of the diners, their interactions are respectful and caring.  They feel for each other (in a reserved Japanese way) even over dinner.   At the end of each episode is the recipe that has featured in the previous 20 minutes in the diner, with lots of cooking tips.  They are easy, and will transform your meal times as they have mine.

SAND STORM
This is a movie on Netflix about the females in a Muslim family living on the edge of a desert.

At the start of the movie the male, the husband,  takes a second younger wife, and it is the repercussions of that move which inform the story.  The eldest daughter is learning to drive, has a lover,  goes to University,  however gets low marks which she knows means her father will refuse to continue paying.  In the end she relives her mother’s life and is “sold” to the highest bidder in the marriage market, and is powerless to change.  As she slips into the life she (and the 2nd wife) would choose to avoid, clearly sees her younger sisters will have not any alternative either. Already she is bitter and angry.

This community reminds me of the Romany communities (Gypsies) in Europe and England..  The big, white arranged marriage, submissive clever wives, controlled interactions, dominant, “less intellectual” males.  The women feel powerless to effect change, and don’t run away on the basis that what they have, no matter how terrible from our point of view, is better than being alone.

In this movie and I think around the world, the males interpret the Qur’an to suit themselves.  With regards to polygamy the book clearly states that a man can take a second wife only if he treats both wives exactly the same.

I am sure this “misunderstanding” regarding responsibility is lived out in many households in that part of the world. The first WIVES are banished having to leave their children behind and beg from the husband (even for food) if they disagree, which happened in this movie. Not unlike Victorian England; watch “The Duchess” with Kiera Knightly to see the English equivalent.  Stately home, servants, money, but no more kind to women than the Muslim version.  The women in each case are chattels, possessions, whose job it is to provide what the husband needs without question.

Perhaps ISIS and other terrorist groups also interpret the Qur’an to their liking  to enable violence.  I am pretty sure this happens also in Christian Countries, and even in Rome, the Pope having the ability to deliver words directly from God.  Infallible!?  Both sides in every war believe that God is on their side, whomever and however they view God.

It is a movie worth watching although it is disturbing for the parallels in the west and in many women’s lives.Thank goodness I am a yogi, and at the moment Brahmacharya.

Let me know what you think about these movies.

ZOOM SUNDAY MORNING 10AM:  The Gita Study.(All welcome – see the home page of the web site for details)

Friday again in this new world we live in.  Although there is possibilities of travel, because of flash lock downs and restrictions, what may LOOK  possible isn’t really – unless you have a spare few thousand to pay for quarantine.  Thank goodness there is so much to do, to get ready for the next wave… or just to live a life closer to the earth.  I miss zooming with you (never thought I would say that), but every day brings something new.

This will be in two parts.
Part 1. SALE OF WORK: 1pm to 2pm –  Sleep Herb sachets, bags of beads, Framed paintings on tea bags.
Part 2.  ART/CRAFT CLASS ($25): 2pm to 4pm.  Knitting/crochet/darning….  bring wool, needles, things you want to work on.  If you don’t have needles or wool you have plenty of time to haunt the op shops – they have plenty at this time of the year.  We could start knitting-nancys, plaited rugs, crochet rugs.  We can play.

ARE YOU THINKING OF DEATH 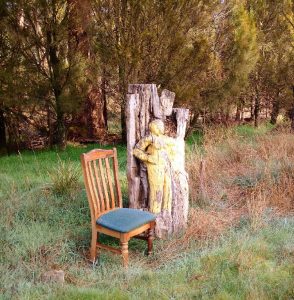 I am not getting morbid.  Over the last few months there have been a few deaths.  Some unexpected, some “a welcome relief”, and I wonder if you have thought about it for yourself.  When we finish the Gita we are going to spend time with The King James Bible and the Bardo Thodol considering death – or how to live.  Surely you don’t want to get to the end of your life and discover that you have never lived?

I recently watched the funeral of Prince Philip.  Here was a man who had been planning his death for some time. He had started tinkering with his JEEP HEARSE since 2016, and commissioned Psalm 104 to be put to music for four voices.  People knew what he wanted, and he got it.  Do they know what you want? Have you discussed it enough with your family so that when the time comes they will neither be sad, nor afraid, but excited to put your plans into action.  Joyful to mark your passing – it is just turning a page.  You really will not be “gone”.

One of my clients died yesterday and she has organised friends and family to decorate her casket with photos, words, poems, anything they would like to add as a ‘goodbye message’.  What have you got planned?  A home made cardboard coffin, painted, decorated… Is this too “out there” for you? I recently was at a funeral where the casket was bamboo.  A step in the right direction, but uninspiring.  I have always offered to add ashes to an oil painting.. subject of your choice – but could just as easily decorate your coffin.  I have been employed to do both of these for pets, and for my own gorgeous pet who passed,  keeping the skull and decorating this (beautiful not creepy at all).

“The successive existences in a series of rebirths are not like the pearls in a pearl necklace, held together by string, the “soul”, which passes through all the pearls; rather they are like dice piled one on top of the other.  Each die is separate, but it supports the one above it, which is functionally connected.  Between the dice there is no identity, but conditionality.”  (The Tibetan Book of Living and Dying).

It is like a flame  in a lamp.  Is the flame different in the beginning of the night and the end?  No,  because it is the one lamp that burns the whole night. Rebirth is the much the same.  One phenomenon arises and another stop simultaneously.  So the first act of consciousness is neither the same as the last act of consciousness, nor is it different.

I WILL SEE YOU ON THE MAT (I really will).

Last evening at the RUMI CLASS (7.30pm Zoom) we discussed the Sacred Dance.  The Whirling Dervishes.  Many people think that it is just a matter of putting on a white skirt and a turban and rotating to music.  It might be fun, but not entirely respectful of the rituals, probably because of alack of understanding of what is happening.  It is a complex dance,  intricate and rapturous, and can continue for 6 to eight hours.  Not just the “Las Vegas” half hour commercial representation.

This dance echoes the laws of the universe. The planets revolving about the sun, each turning on its own axis.  Three salutations symbolise degrees of faith, the drums evoke the sound of the last judgement.  The circle of dancers divides into two semi-circles, one representing the involution of souls into matter, the other representing souls returning to the Divine.

The Dervishes enter into the room of the TARIQUA, the meeting.  They are dressed in white which is a symbol of the death shroud, covered with a large black cloak which represents the tomb and wearing their unusual felt hats or turbans which represent the stone which was placed on the tomb..  The image they present as they enter is one of death to the world, death to attachment and desire.  The Sheik (in the beginning this was Rumi, and symbolically remains so), the leader (originally Rumi) enters last.  He represents the axis the QUTH, the point where time and timelessness intersect.

Rumi or the Sheik in the centre represents the secret centre of everything, the message, the inspiration.  Rumi is acknowledged in this way in every dance as the centre point and the source of grace of the whole order.    The Sheik wears a high turban which is rolled back to show a black scarf which indicates his stature and dignity – his place in the Order.  He salutes the dancers who acknowledge him in turn.  He sits in front of a red carpet which represents the colour of the setting sun,  spreading its light over Konya as Rumi was dying,  entering eternal union with his Beloved.  Everything in the dance, everything in the ceremony has deep significance – it is not just dancing in circles.

There are three rounds to the dance which represent the three stages that take you nearer to God.  The path of science, the path to vision and the path to Union.  Circling they dance around the room.  The right arm/hand up towards heaven to receive Grace, the left arm/hand down to direct the Divine Grace into the earth – keeping nothing back for themselves.  They are the channel.  At the end of the third turning the Dervishes drop their cloaks which represents dropping their earthly material existence for a second birth.

Towards the end, the flute enters and the SAMA (the dance) stops..  This sound represents a moment of true union with God.  By the time this moment arrives each movement of the dance leads us to understand the sacredness of the experience.  When the flute stops, the singer sings words from the Qur’an and in this way the word of God arrives in response to the passionate energy of the Dervishes dancing.  It is said that nothing in the world can compare to a great Sufi singer at the end of the Divine dance singing in ecstasy from the Qur’an.

“What is the sama? A message from those hidden within the heart,
A message which gives the heart – a stranger, peace….

Although I did not see the dance, I had the joy of hearing this song from the Qur’an 30 years ago.  I can still hear it in my mind.  Each minute, each feeling,  is still as fresh and ecstatic as it was then – it has not faded from memory.  Even  though I do not understand the Arabic,  the moment of the song is with me,  and will stay with me.  I also remember the profound and wonderful silence at the end, and the understanding that it is from this core the music and the dance are born (and born again countless times).